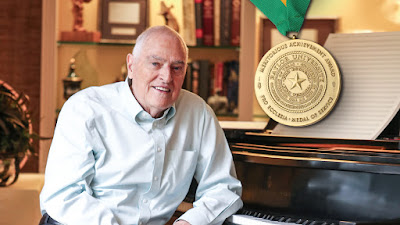 You may not be instantly familiar with the name Kurt Kaiser...but if you were a church kid in the late 60s and early 70s, you probably sang his songs and listened to his ground-breaking youth musicals. Kurt Kaiser, writer of the familiar songs Pass It On and Oh How He Loves You and Me, passed from this life on Monday, November 12 at his Waco, Texas home following a long illness. He was 83 years old.
Kaiser had a six-decade-long career in composing, playing, arranging and producing Christian music. His songs, found in dozens of contemporary hymnals and songbooks, are sung by millions of Christians around the world. He was instrumental in the launch and growth of Waco-based Word Music, which became a juggernaut in the Christian music and publishing industries. Kaiser served as vice president and director of music during his years there. Word was the parent company of the Jesus Music label Myrrh Records and provided distribution for smaller Jesus Music labels such as Good News, NewSong, Seed and Solid Rock.
Born in Chicago, Kurt Kaiser surrendered his life to Christ as a child. "I was 7 years old when one Sunday evening we were all gathered around the piano in the living room of our home, singing, as was our custom each week," he remembered. "I began having a real urge from the Spirit of God to know Him and to give my heart and life to Christ. My mother went with me to my bedroom, and we knelt down by the bed and I accepted Christ into my life."
Kaiser moved to the Lone Star state in 1959 with his wife Pat and family. He became involved with Baylor University while his four children attended school there. He was also involved in the Waco Symphony Orchestra and in Seventh & James Baptist Church before helping to start Dayspring Baptist Church, where he was a member, along with his wife Pat. 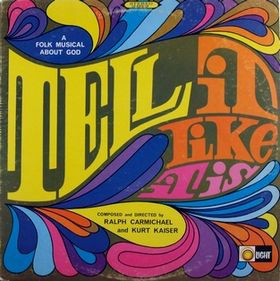 In the 1960s and 1970s, Kaiser and Ralph Carmichael pioneered Christian youth musicals such as Tell It Like It Is and Natural High. These musicals had a tremendous influence on church culture. Kaiser's time at Word Records, both the songs he wrote and the recordings he oversaw, planted seeds with young Christians that would shape much of what later came to be known as contemporary Christian music. 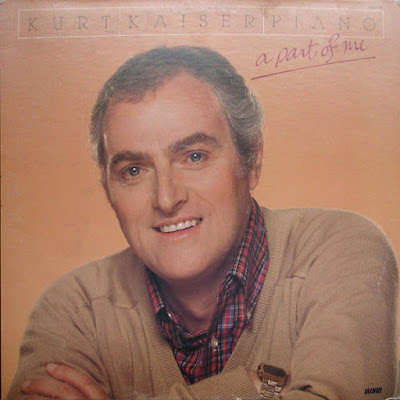 Here's a sampling of tributes and memories that have come pouring in online:
“Tell It Like It Is. Summer 1969. Our youth group performed this musical for an entire week at my home church in Ferriday, LA. I was 15 years old. The church was packed each night. So grateful to Kurt Kaiser & Ralph Carmichael for providing what was to be the beginning of my singing Christian music & early Spiritual growth.
-Bruce Fields
Kurt was one of the gentlest, sweetest souls who ever lived, a true gentleman. He recorded a beautiful Christmas album late in life, just him at the piano with a little instrumental background. It is one of my favorites every year. It sounds like who he was, warm and lovely. A life well lived.
-Jamie Owens Collins
I used to sing in a band in my church youth group that traveled around in the Madison, Wisconsin area in the late 60's performing at churches, retirement homes, banquets and whoever else would have us. I remember us doing a lot of Kurt's music...fond memories. I think I could still remember every word to a lot of those songs... He definitely left his imprint on the hearts of many...
-Susan Miller
I remember learning this at church youth camp when I was about 16. I was learning guitar at the same time and this song (Pass It On) was easy to play. I remember some old timers in my home church thought this was "Hippie Music." Now, decades later, it's in our hymnal!
-Dave Burkhart
Kaiser came to the fore at a time when teens like myself wanted a spiritual musical expression that was closer to the Beatles than Bach, closer to Wings than Watts. I sang and played Pass It On and Oh How He Loves You And Me at youth groups meetings and camps, not realizing how the songs' theologies of evangelism and grace were permeating my thinking and spiritual life. Kaiser was truly a pioneer among contemporary Christian musicians. Although his songs may seem trite to today's ears, his legacy will live on through numerous music fans and musicians.
-Robert White 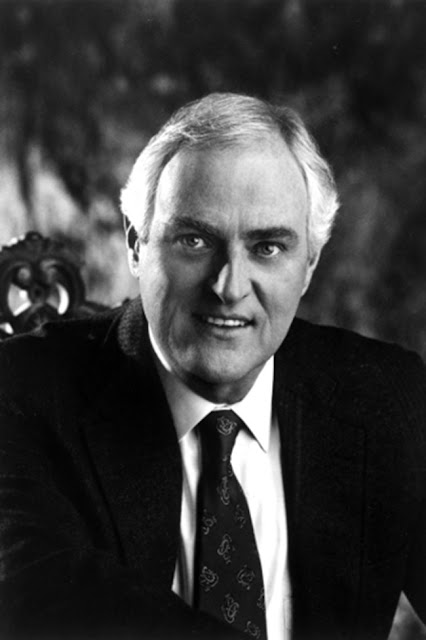 “He was a remarkable combination of musical excellence that could not be challenged, and heart and an ear for what the youth of American churches wanted to say,” said Terry York, professor of Christian ministry and church music in Baylor University’s Truett Seminary as well as a longtime member of Dayspring Baptist Church. “Kids would hear a song, have tears in their eyes and then whistle it for the rest of their lives.”
Kaiser’s piano playing was marked by his remarkable ability to improvise, a skill he put to use early as a teenager when he played live for radio programs in Chicago, then Billings, Montana. Colleagues also noted his large hands enabled rich, full chords that often showed up in his writing.
"Kurt was the musical heart and soul of Word," said Baylor professor and CCM historian Bob Darden. "His musical chops, perfect pitch and gracious demeanor in the studio convinced many to sign with Word. He was such a nurturing guy.” 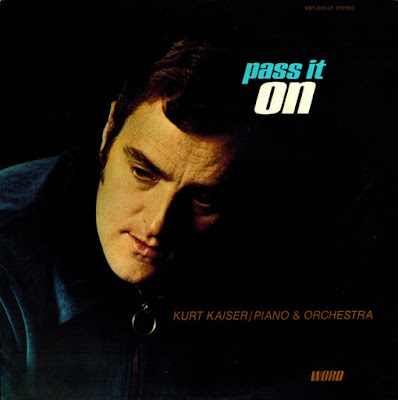 Kaiser’s compositions number more than 300 copyrighted songs, the most famous of which are Pass It On and Oh How He Loves You And Me. 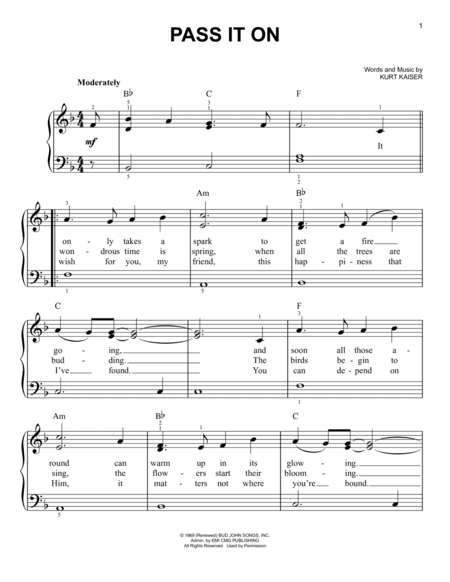 "Through the years I had been in the habit of keeping my ears tuned to things that people say, a phrase that may give me an idea for a song," Kaiser said. "I’d write it down quickly. Occasionally, I would pull these things out and look at them. One day I came across this line, Oh how He loves you and me, and I wrote it down. I remember very well writing it across the top of a piece of manuscript paper, and that’s all I had. Well, in 1975 I sat down to think about that phrase and the whole song quickly came to me. I could not have spent more than 10 or 15 minutes writing the whole of it. That’s how rapidly it all came, the lyrics and the melody together. I sent it off to secure a copyright. I could not believe what came back in the mail. The Copyright Office in Washington said that there was not enough original lyric to warrant the granting of a copyright. I was extremely disappointed because I knew the song was very singable. A couple of days went by and I decided to write a companion verse or a second set of lyrics. I sent it back to Washington, and this time I got the copyright."
“Oh How He Loves You and Me” has traveled far and wide and into the hearts of millions of people. Many hymnals and chorus books have included it, as well as numerous choral collections.
Kaiser's most famous and best-loved song was born in the late sixties. "In 1969, Ralph Carmichael and I collaborated on a musical, Tell It Like It Is," Kaiser remembered. "It was written to get young people involved in the Church. After reviewing what we had written, we decided there needed to be a closer, a modern Just As I Am. Well, on a Sunday night I was sitting in our den by the fireplace where there were remnants of a fire, and it occurred to me that it only takes a spark to get a fire going...and the rest came very quickly. My wife suggested that I should say something about shouting it from mountain tops, and that ended up in the third verse. It only took about 20 minutes to write the lyrics. Afterward, my wife and I went for a walk, letting the song ruminate in our minds."
Pass It On was recorded by many artists, most notably by Evie Tornquist. "I am always amazed how the Lord can take a little song and use it to reach so many people," Kaiser said. "It has been sung at countless weddings and funerals, at ordination services, by the Sea of Galilee, in Rhodesia, on the aircraft carrier Enterprise, and lots and lots of camps." 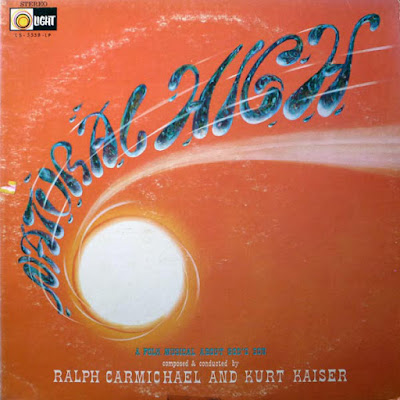 The Christian youth musicals of the sixties and seventies had a major impact on church youth culture, defining the genre. And Kurt Kaiser played an outsized role in creating those musicals. Pass It On gained traction in broader church circles when it appeared in at least eleven hymnals. 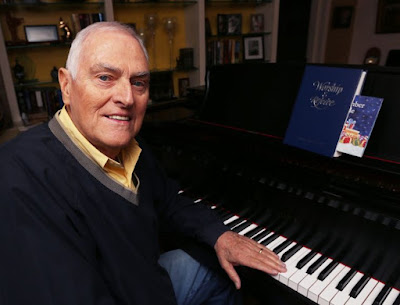 Kaiser's writing and recording, with 16 solo albums to his credit, earned him a Lifetime Achievement Award from the American Society of Composers, Authors and Publishers as well as election to the Gospel Music Hall of Fame.
He held degrees from the American Conservatory of Music and Northwestern University and was awarded the Pro Ecclesia Medal of Service by Baylor in 2017.
Kaiser’s lasting impact was with the millions of listeners and singers united in their faith by his work. “His songs created community,” said Baylor University's Terry York. “Especially in our day and time, that’s so important.”
Kaiser is survived by his wife Pat, as well as four children and their spouses. Other survivors include 10 grandchildren, two great-grandchildren, a sister and three brothers. 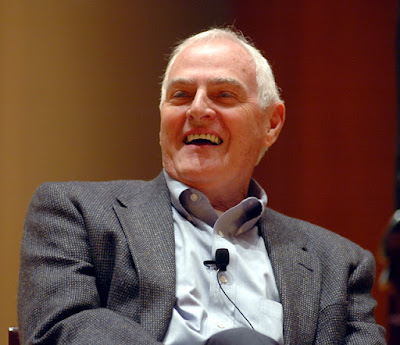 Kurt Kaiser's life will always serve as a reminder that it only takes a spark...