It’s an overused word that means different things to different people. It has unfortunately become synonymous with marginally skilled pop/rock bands that ply their trade on brightly lit stages in churches and concert halls across America and around the world, tightly scripted and often augmented by pre-recorded tracks and constrained by pre-determined arrangements.


That’s not worship. Well, not necessarily.


Terry and Nancy Clark have been helping their fellow “body parts” experience genuine worship for many years…teaching audiences what worship looks like, clarifying the worship vocabulary, and offering a real-time demonstration of what the anointing of the Holy Spirit feels like. 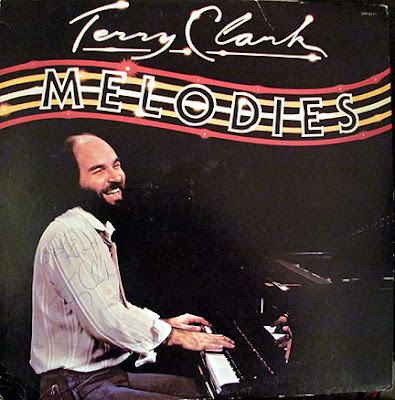 The Clarks were part of the Jesus Movement fabric as members of Children of Faith and Liberation Suite in the early 70s. A friendship with Chuck Girard led to Terry playing keys as part of Chuck’s live band for a time. Girard was subsequently tapped as producer for Terry Clark’s debut CCM album as a solo artist. The 1978 album Welcome will be extensively explored and discussed later during our countdown. After another album of bright, sparkling CCM pop/rock in 1980 (Melodies), Terry asked to be let out of his contract, concerned with the direction of the CCM “industry.” 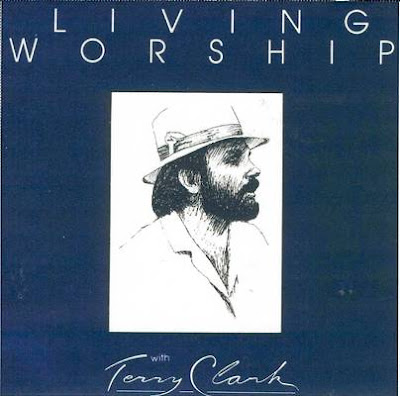 After a silence of about four years, Terry Clark recorded 2 landmark albums that marked a
turning point and represented an important shift, musically and lyrically. Living Worship and Let’s Worship have been described as “conversations with Jesus set to music.” There had been “praise” albums, but these records were essentially the first of their kind – entire albums of authentic, intimate worship. A fresh wind began to blow across Christendom, eventually resulting in a full-blown worship renewal. I guess you could say that Terry Clark was worship before worship was cool.


The Clarks have spent the intervening years crafting quality recordings and leading worship among audiences large and small – everything from Promise Keepers rallies in sports stadiums to house gatherings among friends.


When we got wind that Terry and his lovely, sweet, talented wife Nancy were returning to the Southeastern U.S. for a week-long tour, wheels began turning and plans were made to host them for An Evening of Worship here in Upstate South Carolina. 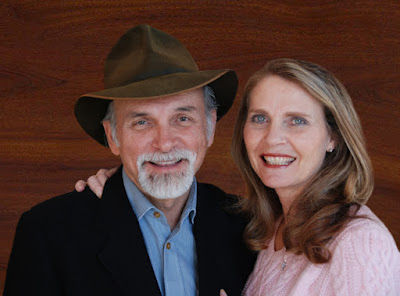 The venue, Open Door Freedom Fellowship in Greenville, SC has a small, traditional church sanctuary but the church itself is anything but traditional. It’s a charismatic fellowship with an emphasis on prophetic ministry...an audience that would prove to be very receptive to the Clarks’ ministry. Hosting an event of this type on a Tuesday evening is a bit tricky, but a nice turnout greeted Terry and Nancy nonetheless. The audience was comprised primarily of people who know and love the Clarks, knew what they were getting themselves into, and could hardly wait.


Following a brief sound check, Terry and Nancy fellowshipped effortlessly with those who had arrived early. At the appointed time, Pastor Scott Pritchett opened the service with prayer and introduced the Clarks.


In casual dress (including Terry’s trademark fedora) and with a casual demeanor, Terry and Nancy took to the platform. Terry announced right up front that “this isn’t going to be The Terry & Nancy Show.” He got things rolling with a classic from days gone by – the bluesy “Jesus Is At The Wheel,” first recorded on the 1980 Melodies album, and later re-recorded on a CD titled The Prize. Terry then related a personal story-behind-the-song by explaining that it was written in response to spiritual questions asked by Melodies co-producer Joe Bellamy during the recording process.


Terry then invited the audience to join him in putting the enemy on notice with a song called “The Lord God Almighty Reigns.”


After that, the Clarks proceeded to lead the gathered body parts in a musical conversation with the Lord, pausing only a couple of times to exhort the audience. No light show, no fog machine, no wall of sound…just a man, his wife and a keyboard. While Terry plays keys and sings lead, Nancy offers supporting harmonies.


As they sang “Let’s Worship,” the anointing of the Holy Spirit settled in the room. Hands went up as several stood in reverence and awe. A friend later told me, “I came in a bit late, but the anointing was just immediately heavy when I walked in the door. I’ve been to tons of worship seminars and concerts,” he continued, “and they’re always great singers and musicians at these worship concerts. But they can’t duplicate or imitate that anointing, that heaviness that was here tonight.”


Terry and Nancy moved seamlessly through the worship chorus “Jesus, Draw Me Close,” the iconic “I Am Yours,” and Keith Green’s classic “O Lord You’re Beautiful.”


After sharing with the congregation on the subject of God’s grace, they picked back up with “So Thankful,” “There Is None Like You,” and “We’ve Come to Worship.”


At this point, Terry talked about the words of Jesus to the woman at the well, explaining that worship really has little to do with piano players and guitar players.


After a final trio of songs – “Thank You Jesus,” “I See the Lord,” and the much-loved “God You’re So Good” – Terry offered a closing prayer, and we were done. A friend commented, “When he dismissed the service, I was thinking, ‘Wait a minute, didn’t they start just twenty minutes ago?’ It seemed like they had just begun!” 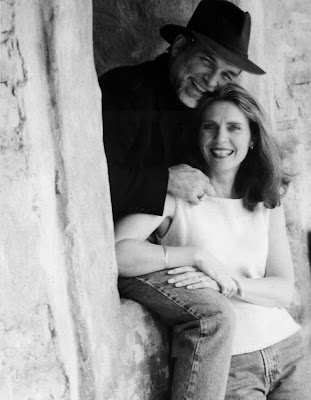 I’ve been in worship services with the Clarks eight times now, and I never cease to be amazed at the unique anointing that seems to rest on their ministry. Try as I might, I cannot adequately explain it. But it’s a very real thing, and greatly appreciated. It’s also nice to be able to report that they are genuinely wonderful people away from the piano, away from the platform.


For Terry and Nancy, it’s on to Charleston, and Summerville, SC, and then a plane ride back to sunny Southern California, where they will continue to lead audiences in worship and encourage people to truly know their Father better.


After all, there are more “body parts” who need to learn what worship means.